What is Christian Yoga 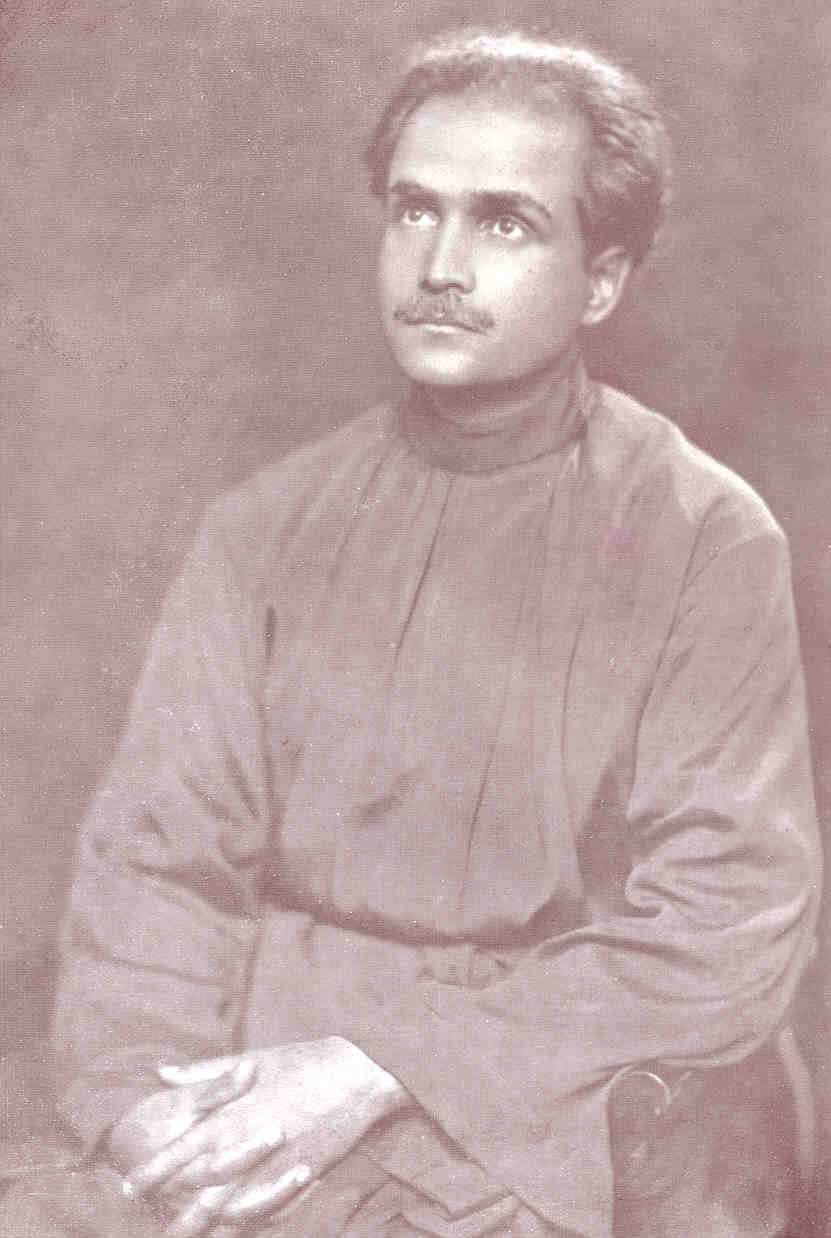 What is Christian Yoga?

“Christian Yoga” is a term, perhaps first coined by A. K. Mozumdar, born July 15, 1864 Hindu in a small village about twenty miles north of Calcutta, India.

At 16, Mozumdar’s mother died. He left home to spend several years traveling throughout India, studying under several gurus. He even traveled as far as Bethlehem in search of enlightenment about Christianity. As a young person in India, Mozumdar came under the influence of Arumda, an enlightened teacher. It was he who told the young man that his destiny was to teach in America.

While in China and Japan in 1902 and 1903, Mozumdar’s hunger to learn more about Christianity coupled with the encouragement of Arumda led him to seek transportation to the United States. Finally, he was able to secure steerage on a tramp steamer, eventually arriving in Seattle, Washington, in 1903. In 1905 Jennie and Charles Clark, leaders in Seattle’s Queen City Theosophical Society, reported in the Theosophical Quarterly Magazine that Mozumdar, “a Hindu Brother…has spoken for us for several weeks to full houses.” His lecture for April 3, 1905, was God and Creation. The Clarks wrote that Mozumdar “calls his teachings ‘universal truth.”

On June 30, 1913, Mozumdar became the first East Indian to earn United States citizenship at a brief ceremony in Spokane, Washington. None of the high-caste Hindus had anything else to do with him.

Mozumdar and a student by the name of Ralph M. de Bit joined forces; they commenced the publication of a regular magazine called Christian Yoga Monthly. Mozumdar wrote much of the content and deBit was listed as an editor along with George E. Chambers. Annie Rix Militz (1856-1924), a prominent early leader in the New Thought movement, commented about Mozumdar’s magazine in her own publication, MasterMind Magazine (April-Sept. 1912, p. 174): “The principal writer is a Hindu of fine intellectual ability and great spiritual zeal, intent upon giving a clear message that all things and conditions are according to your concept. Strong, absolute statements abound in the teachings of A.K. Mozumdar.”

Mozumdar was not the only Spokane teacher of New Thought who was gaining a nationwide audience. Mozumdar’s Christian Yoga Society (later known as the Universal Messianic Church) had a neighbor not many blocks away called the Church of Truth led by the popular Dr. Albert C. 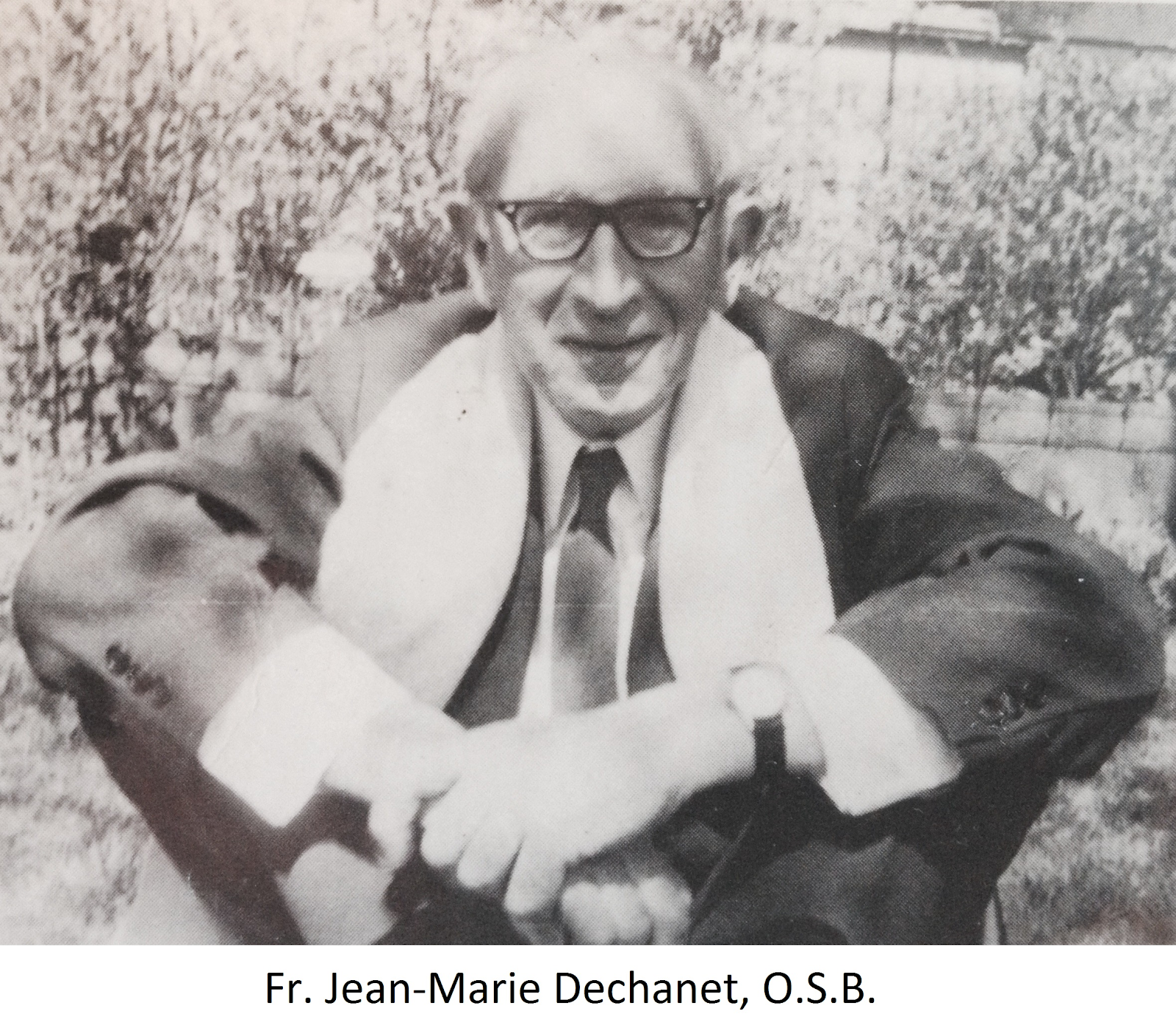 Another Christian Yoga leader is French monk Fr. Jean Marie Déchanet, who explored physical exercise and various forms as a way to connect with God. His book Christian Yoga was written in the late 1940’s and is out of print today, but you can still find copies in circulation.

Déchanet’s practice and writings in Christian Yoga were born from a place of simple, pure worship and connection to Christ. He would strip himself of all distractions to find stillness with the Lord for meditation, contemplation, adoration, prayer, praise and worship. He wrote of bowing before the Lord or standing in praise, sometimes with no clothes on, much like David did before the Lord.

2 Samuel 6 verse 16 describes Michal the daughter of Saul watching King David from a window, leaping, and dancing naked before the Lord. To the outside world it appeared that David had lost his mind or was ‘drunk with wine’. However, no one can judge how one will act in the presence of the Lord. David was simply worshipping and connecting to the God who had done so much for him in unabandoned, reckless and undistracted praise and worship.

Christian yoga is unabandoned, reckless and undistracted praise and worship.

Throughout the years the term Christian yoga has been used by various Christian practitioners as a form or worship and praise, while honoring what Christ deems His temple, or our body. In today’s western world, the practice of Christian yoga developed into holistic forms of worship, with practices of the mind, body, spirit and soul through biblical teachings of a certain posture that biblical figures were in, while praying specific prayers. In observation of these various postures, it appears in scripture, that the prayers, combined with a posture, elevates one’s worship or needs. See more on Postures of Prayer. Therefore, Christian yoga is a physical practice of connecting profoundly intimately to our Creator and living God, Jesus Christ with our entire being; physically, mentally, emotionally, and spiritually.

As Bible-reading Christ followers, we believe God created all things, including man and woman. Eventually it is ‘we’ humans who take God’s pure creation and use the creation for impure things. All things that were first intended for us to enjoy, not abuse, were originally created to point back to the Creator.

The Yoga Part of Christian Yoga
The word yoga is defined as yoking, or unity. Yoga itself is a beautiful word and within the definition there is nothing to fear. How some choose to use the practice of yoga, or whom they choose to worship by using yogic practices can, and should be feared if practices incorporated conflict with God’s principles.

‘Yoking’ for the Christian yoga practitioner refers to uniting our breath, body and spirit with Christ, truly becoming one with Him. We can also yoke our breath to our posture of prayer, or our breath with our movements and dance like David danced. We can also yoke with one another in the sacred space of His presence. Christ followers are familiar with this word to yoke, as the Bible has a lot to say it about it.

Christian yoga is how many Christians interpret scriptures found throughout the Bible that uses God’s commandments of praise, worship, prayer, song and dance to connect to Him, or to worship Him with all of our might, all of our breath all of our spirit and all of our being [Acts 17:28].

For by Him all things were created, both in the heavens and on earth, visible and invisible, whether thrones or dominions or rulers or authorities– all things have been created by Him and for Him. Colossians 1:16.

The Bible repeatedly speaks about you and I being the church and how we are to take care of these “temples” of the Holy Spirit.

Don’t you realize that all of you together are the temple of God and that the Spirit of God lives in you?
1 Corinthians 3:16